The Angry Beavers: Season 3, Part One

The Angry Beavers: Season 3, Part One is a two-disc set for the first part of season three, which was released February 28, 2012.

Norbert And Daggett Are Back!

Your two favorite twin animated beavers -- Norbert Foster and Daggett Doofus -- return for the first half of a hilariously manic third season. Join them for your daily dose of laughter as they continue their hysterical pursuit of the wild bachelor lifestyle! 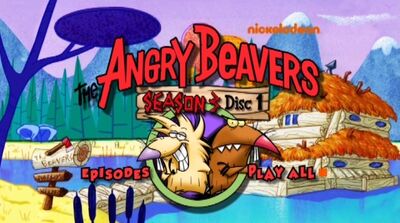 Retrieved from "https://angrybeavers.fandom.com/wiki/The_Angry_Beavers:_Season_3,_Part_One?oldid=28051"
Community content is available under CC-BY-SA unless otherwise noted.